What is the best microphone…? – Part 1 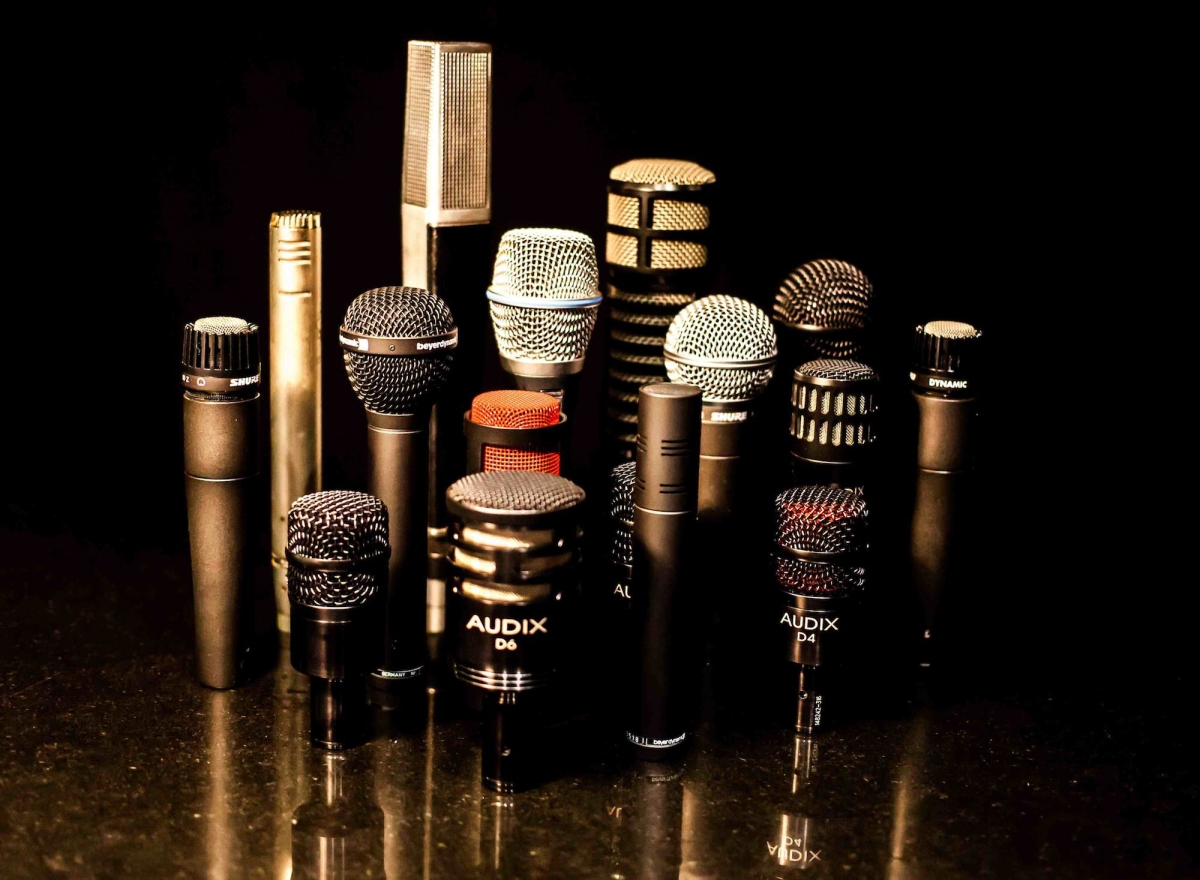 The reason that i love this question so much is that no matter how hard you try to quantify it, there simply is not a one-size-fits-all solution for microphones…. its like asking what is the best colour for a shirt, or what flavour soft drink is the best. There are personal preferences, and more importantly “horses for courses”, that will mean different mics get used for different purposes, sources and projects.

So rather than try to answer the question “what is the best mic”, i’d like to propose a new one…

You get the point, there are just too many variables. The best way to capture any given source is to own a huge mic locker, with lots of options, and to develop the skill to know how to match the right mic to the source material.
That said, there are some broad guidelines that will help you get the best recordings. First though, we need a bit more knowledge of microphone types:

Dynamic microphones are also referred to as moving coil microphones. The way they work is that sound waves from the source hit the diaphragm (a thin membrane in the microphone capsule), and the moving diaphragm causes a coil to move within a magnet and produce a tiny alternating electrical current.

Dynamic microphones are not terribly sensitive, they are robust, can typically handle high SPL’s, and are quite directional.

When people say “Studio Mic” they’re probably talking about one of these. Here, the diaphragm acts as one plate of a capacitor and the vibrations produce changes in the distance between the plates.

Condenser mics are characterised by high sensitivity and good high-frequency response. Due to their sensitive nature, condenser mics can tend to be less directional than dynamic mics, though this can be very much related to their polar pattern too.
Most condenser mics used in the studio can be separated into two broad categories:

Small diaphragm condensers are ultra-responsive, and excel in applications where capturing the source’s transient detail is important. Classic examples of SDC’s are the Neumann KM84 and the AKG C451 / CK1 combo.

Large Diaphragm Mics are the studio mainstay – they’re the mic you’ll most frequently see in front of vocalists, although their applications can cover just about any instrument. Large Diaphragm Mics can be either FET based, or used a Tube (Valve) based.
LDC’s can also employ multiple polar patterns, which greatly affects where they hear sound from. This makes them extremely versatile. Classic examples include the venerable Neumann U87 and the AKG C414’s. Some other crackers in my private collection include the Peluso 2247LE, Rode Classic and the lesser known but incredible Gefell UM70.

Of all microphone types, Ribbon mics can claim to have the most “natural” sound. Instead of the bright, strident top end of a condenser mic, Ribbon mics tend to roll off high frequencies so sounds captured with Ribbons tend to pull you in closer rather than push you away with brash treble frequencies. They seem to smooth out the annoying bite that you get from some voices, and some guitar sounds. They take a bit of getting used to, but they’re truly beautiful when used in the right situation.

The all time classics include the Royer R121, AEA R84 and the Coles 4038, but after extensive listening, i’ve gone for a more modern take on the Ribbon with the Shure KSM313 – its a ripper.

With a quick overview of mic types, i’ll leave you to mull over my revised question before we get to part 2…

Which type of mic would you used to record an acoustic guitar? A guitar cab? A snare drum? a flute? A Violin? A strong male voice? A soft female voice? Furthermore, how would you place it and which polar pattern would you use?

In part 2 i won’t pose any more questions. I’ll let you know a bit more about polar patterns, mic positioning, and tell you some of my favourite mic choices for various applications. I’m sure you’ll begin to see why i’ve built up such a varied collection…No matter what source material you throw at me in the studio, i’ll have a mic option to make sure its captured beautifully!

If you’re a recording musician or enthusiast and you’ve got a question about which mic(s) you should consider purchasing for your collection, get in touch so we can discuss all of the variables and find the right one for you.

New Gear for the Off Axis Collection